The Swag… what prizes are up for grabs!

Thanks to our brilliant event partners who have yet again gone above beyond our expectations, we’re pleased to announce we’ll be offering up some great prizes at our ‘Rock it til Sundown’ and ‘Airborne Gunner’ events. It’s so appreciated by us and we’re grateful that the following brands are putting back into the sport and directly to the racers here in the UK. You guys ‘rock!’

Once again ‘Revs’ is stepping up to the plate as title sponsor of the ‘Rock it til Sundown’ youth racing and the winner of each youth class will be going home with a kick ass ‘Stolen’ BMX. They’re hot, they’re ‘Stolen’ but they legit and they ain’t nicked!

The top three little dudes in the Auto class will all be getting hooked up with a full set of 2022 Alpinestars race kit. How cool is that? Very. All courtesy of the good gang at CI Sport.

For the second year in a row the top three of the 65cc class will be winning a brand new TLD helmet. If that’s not enough it will be wrapped with their name and number. Rad-don-colous!

As if the boys at CI Sport haven’t already surpassed our expectations, with the Alpinestar kit and TLD lids they go and offer up Spy Goggles and eyewear to our SW85cc top three. The Spy, who loves you.

The top three of BW85cc class will be ‘Fly’ when they get their hands on their 2022 Fly Racing kit courtesy of the throughly good people at RaceFX. They’re pretty fly for industry guys too!

We’re pleased to say one of the best oils in the business will be awarding the top three in the Rookie classes with comprehensive care packages, again courtesy of RaceFX. Those kids will be well oiled by the end of the day.

The highest place two stroke rider across the Clubman classes will be getting even faster when the bolt on their new Pro Circuit exhaust system! A big rev out to Madison.co.uk for coming up with the ‘smoking hot pipe’ award.

Clubman riders with skills and reactions like Keanu Reeves who make the top three will be going home with some awesome Matrix prizes. First place will win a stand, fuel jug, mat and toolbox. Second place a stand, jug and mat and third place will be leaving with a stand and jug. Awesome prizes from the awesome folks at Madison.co.uk

There’ll be a Motion Pro tool bag packed with T Bars, Tyre Levers, Allen Keys, Brake Bleeders and few other useful bits and bobs to keep your stead in good nick. It’s up for grabs and will go to the Clubman rider we feel left dug deep and charged past the most riders and never gave up.

The rider with the fastest lap in each class will receive a discount voucher courtesy of ‘Edwardo’ at Kecks Clothing. Good job they make underwear because you may need new under crackers after pushing too hard for that fastest lap!

The crew at Madison.co.uk have some awesome brands. They’ve put three of them together to make a cool prize for the top three in the youth classes in our ‘Airborne Gunner’ SX who will all receive an Ogio ruck sack with a pair of Fist Gloves and FMF goggles inside for good measure. This kind of ‘sack’ is worth getting.

This year our dear friend Bryan ‘Badger’ Goss passed away. A true MX hero and trail blazer in every sense of the word. We’ll miss him terribly, but his spirit will live on at our Rock it til Sundown event as his son Jeff will be choosing a rider with that little bit of ‘Badger’ flair and gusto and rewarding them with a full set of MX kit from Gossy’s gold mine emporium!

We love to see the next generation charge hard and leave it all out on the track. So we’ll be rewarding the rider who catches our eye with an ‘all in, never say die’ attitude throughout the day and rewarding them with a set of POD knee braces.

Whoever grabs the ‘Holey’ in the first block of youth and clubman racing will be slipping their hands into a brand new pair of MotoLoko gloves. A British brand too, we love that. Cheers Darren.

First around the first corner in the final block of youth and clubman motos will win either a pair of FMF Goggles of Fist Handwear gloves, again from the mad and rad folks at Madison.co.uk

Every rider that makes a the top three at ‘Rock it til Sundown’ and ‘Airborne Gunner’ will take a home a bottle of Duck Smart Earth Remover, so they can show some appreciation back to the bike that got them there! What a ‘quacking’ little prize. 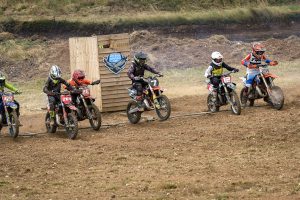 Are you ready to team up and go at it ‘Hammer & Tongs?’

Steel Hawk Motorcycle Club are pleased to announce that entries for their first-ever ‘Hammer & Tongs’ Team Trophy are now available. What is the ‘Hammer

We are super excited to announce that entries are now open for our September 10th Revvi Cup event at the SX Worx venue in Sheffield. 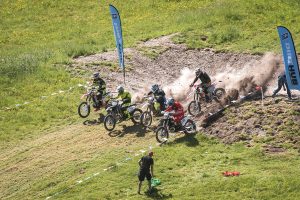 Following the success of our first ever ‘Helter Skelter Hillclimb’ last year, it is with regret that we announce that this year’s event will be 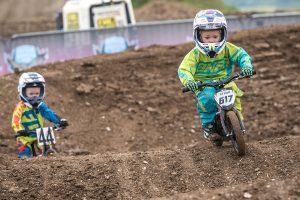 Following the success of our first kid’s electric ride evening at SX Worx back in April, we are pleased to announce we will be hosting 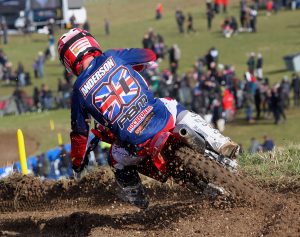 The Four captains for the forthcoming 4 Nations Motocross Competition, which will see England, Scotland, Northern Ireland and Wales doing battle, and the Steel Hawk 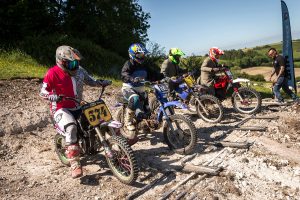 We are super excited about our forthcoming Helter Skelter Hillclimb presented by BNH, which welcomes every type of Motorcycle and machine, with a new Minibike and