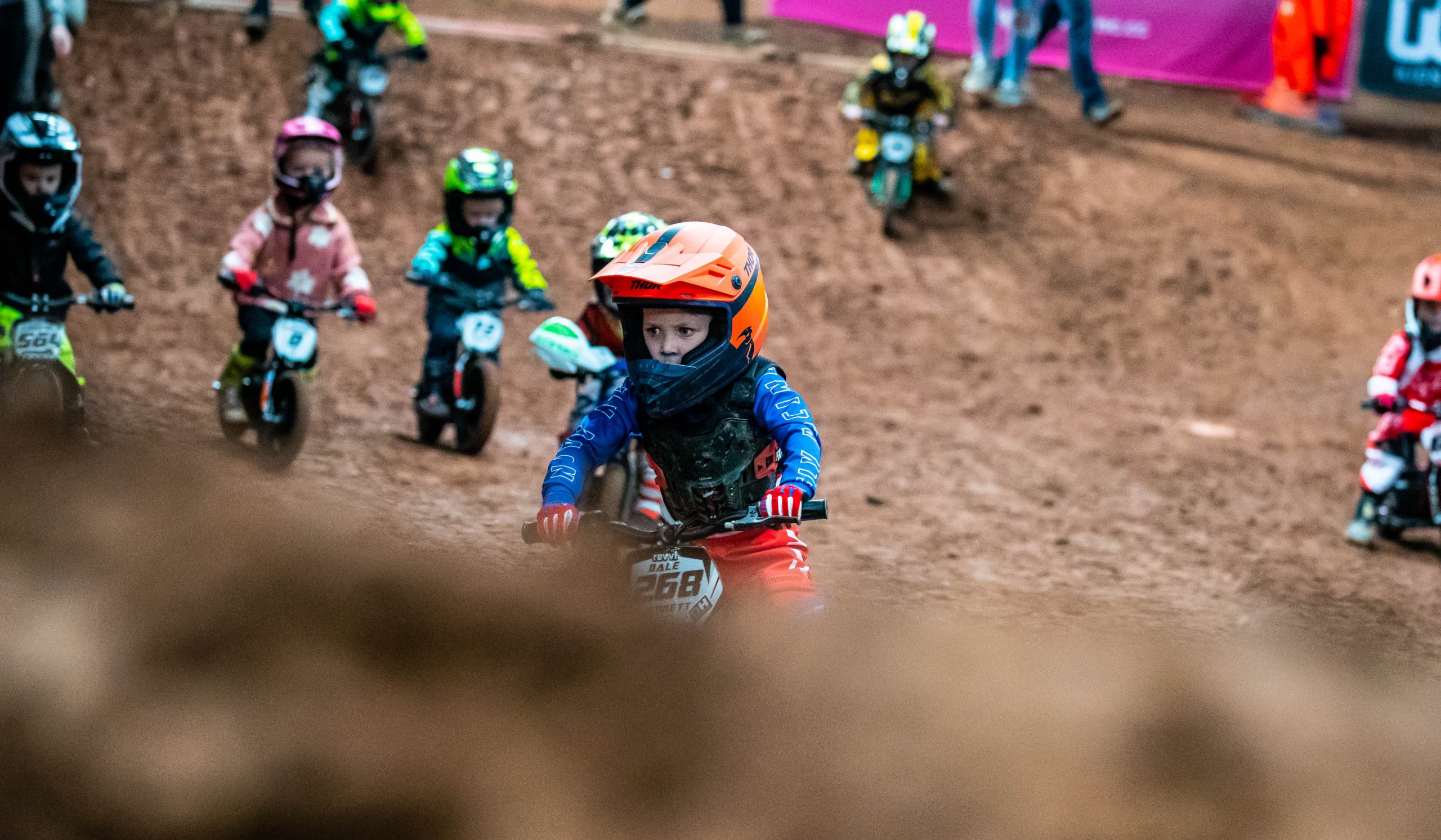 Over 40 little racers descended on the superb Wheeldon Off-Road Centre in Devon at the weekend as the Steel Hawk Motorcycle Club hosted their first Revvi Cup Electric Balance Bike race of 2022 as part of their Farm Boy Bash event.

The atmosphere at the event was super friendly and supportive and as much as there was racing going on the fun factor never waned and the kids had a whale of a time, and so did the parents – although some of them certainly earned an evening tipple after running around the track after their little ones for two days. Big respect to them for that.

The biggest class on show was the 12″ 3-4-year-old age category with 18 little rippers going at it all weekend long.

On Saturday riders in this class had three qualifying heats which decided who had reached the A and B Finals. Dale Bennett rode tremendously all-day long and had a storming A final, taking the victory ahead of Toby Parsons and Martha Gill. There were battles all of the way through the field and there was some exceptional skill on show throughout. Fletcher Norris was fourth, Cassius Holmes fifth, Frazier Norris sixth, Harley Randle seventh and Finley Shipton eighth.

Sunday’s programme had two qualifying heats then a final for the 12″ 3-4 year old riders and this time it was Frazier Norris with a fabulous A final victory over Dale Bennett who had to battle his way through the pack after a start crash. Joining these two on the podium was Toby Parsons who had a super race. Martha Gill finished the race in fourth, Louie Bryant was fifth, Finley Shipton sixth, Nicky Layt seventh, Evan Cooper eighth with top qualifier Fletcher Jones ninth. Fletcher deserves a special mention though as he came down hard in a big pile at the start but dried his tears to finish the race. Well done Fletcher!

The B Final saw two riders who had Sunday wobbles, both missing a race but both coming back with fabulous rides and finishing 1 and 2 and these were Harley Randle and Cassius Holmes who finished in that order. Well done guys on getting back on and finishing the weekend on a high.

With the most points over the two days Dale Bennett was awarded the coveted Revvi Cup in his class. Excellent riding Dale!

Two 4 year olds battled it out in the 16″ 4 Year old class and they traded places each day with Dalton Wright standing on the top step of the podium on Saturday with Freddie Spicer second, with the roles reversed on Sunday with Spicer getting the better of Wright. It was Dalton though who amassed the most points to win the Revvi Cup.

Freddie Dennis put on a mighty fine display of riding in the 16″ 5-6 year old class taking maximum points on both days and taking the Revvi Cup with it. Alfie Rundle was second on each day and has a great style with Dakota Wright rounding out the podium in third on both days. Lockie-Jay Holmes was fourth both times, and Coby Shipton was fifth on Saturday and seventh on Sunday. Maggie May Lyat was sixth on Saturday and stepped it up a notch on Sunday with fifth while Grace Roberts had a seventh and sixth.

In the 16″ + 5-6 Years of age category, Kolbe Red Sole was on fire and rode to a faultless set of victories on Saturday. Behind Kolbe was one of the keenest riders of the weekend Elliott Watts who was ready in the holding pen ages before his race. The final spot on Saturdays podium went the way of Kasen Norris. On Sunday the podium had a shuffle and it was Kasen who had a fantastic day to take the victory over Kolbe with Elliott in third.

Oli Staples enjoyed his weekend with the number 4 spot each time. On Saturday Olivia-Rose Shelley was fifth and Charlie Young sixth with them swapping places on Sunday. Saskia Harris was seventh on Saturday and Eighth on Sunday and it was vice versa for Poppy Reeves. When the points were tallied the Revvi Cup would go the way of Kolbe Red Sole after some epic racing in this category.

Over in the 16″ 7-8 years of age class Louise Pengelly notched up a triple victory by taking the wins on both days and earning the Revvi Cup. Jesse Barks was second both days.

In the 16″ + 7-8 years of age category Oliver Watts brought home the Revvi Cup with a splendid weekend for the Watts family with him winning both days too ahead of Emelia Bryant.

Eric Joyner may have been the only Electric 50 at the event but he certainly made the most of his weekend and rode with the 16″ 7-8 riders and had some epic battles which kept the crowd entertained, well done Eric.

Paul, Julie and Jeff of the Steel Hawk Motorcycle Club would like to congratulate and thank all of the little riders for not only never giving up all weekend long, but also for the sportsmanship they showed their competitors and the respect they showed our team. All of their parents should be very proud.

We would also like to thank all of the parents and the families of the riders for looking out for each and every rider and for the tidiness in which you left the barn.

We would also like to thank our team who did an epic job all weekend long, Andrew and the team at Wheeldon for providing a superb venue and track, Revvi for supporting the event, Roy at Nora Motorsport for Lap scoring and his all-round support of the club and our vision, Monsters of Dirt for the awesome prizes and programmes and of course our sponsors Duck Smart, Tru7, Fist Handwear and RaceFx.

We are truly humbled by the feedback we have received so you can rest assured we are working like beavers to come up with dates and venues for future events, so keep your eyes on our social media and website for further news. 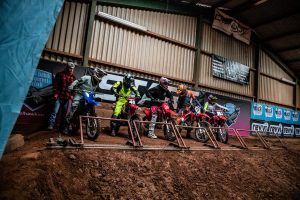 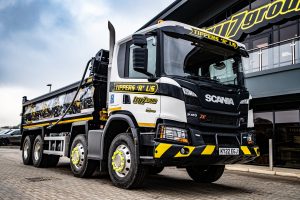 After getting behind the Steel Hawk Motorcycle Club in 2021, the Tru7 group will be continuing their support of the innovative two-wheeled off-road events company 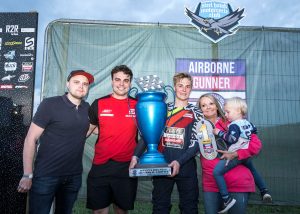 Get ‘Airborne’ again in memory of Melv

After the success of the very first ‘Airborne Gunner Summer Supercross’, the Steel Hawk Motorcycle Club are pleased to announce the invited pro riders for 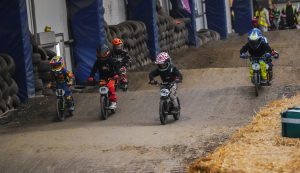 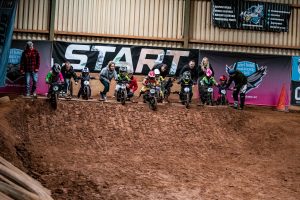 The Steel Hawk Motorcycle Club are proud to be hosting the UK’s first-ever stand-alone Electric Balance Bike event this Saturday 23rd April, with the second 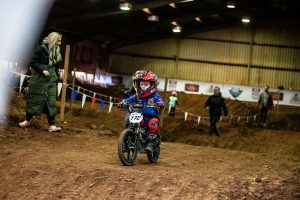